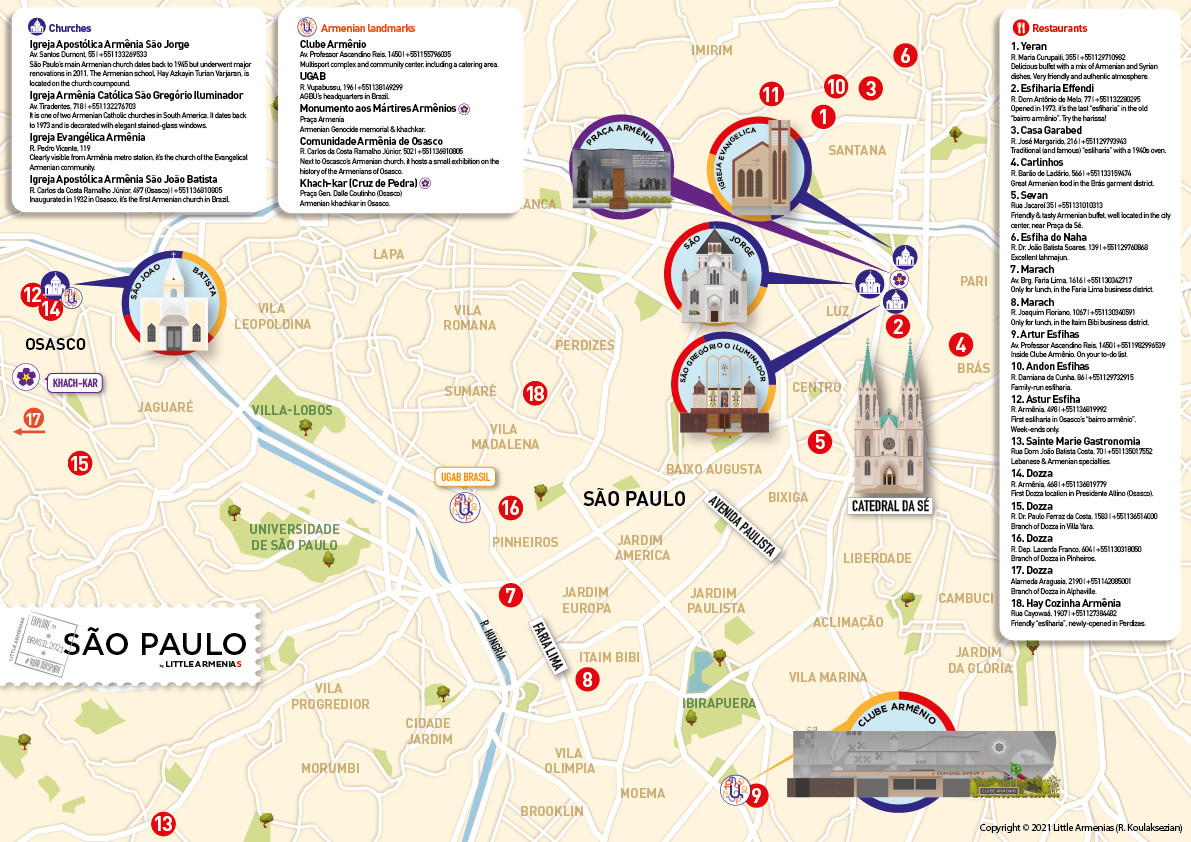 It is the largest city in South America and the entire southern hemisphere, with 12 million inhabitants in the city of São Paulo and 46 million in the state of São Paulo. Even if its foundation dates from 1554, it developed rapidly only in the 19th century with the cultivation of sugar cane and then coffee. It welcomed millions of immigrants, mainly from Europe (Italy, Portugal, Spain, Ukraine, etc.) but also from the Middle East (Syrians, Lebanese, Armenians) and Asia (Japanese). About 50,000 São Paulo residents are of Armenian origin.

Very extensive, the economic capital of Brazil may seem impressive at first glance, but thanks to our map, you will have no trouble finding the main Armenian places to visit. Historically, Armenians settled in the Luz district, not far from the Mercado Municipal. The Armenian churches can still be found there, but most of the restaurants can be found either further north, in Santana, or further south, in the Jardins area.