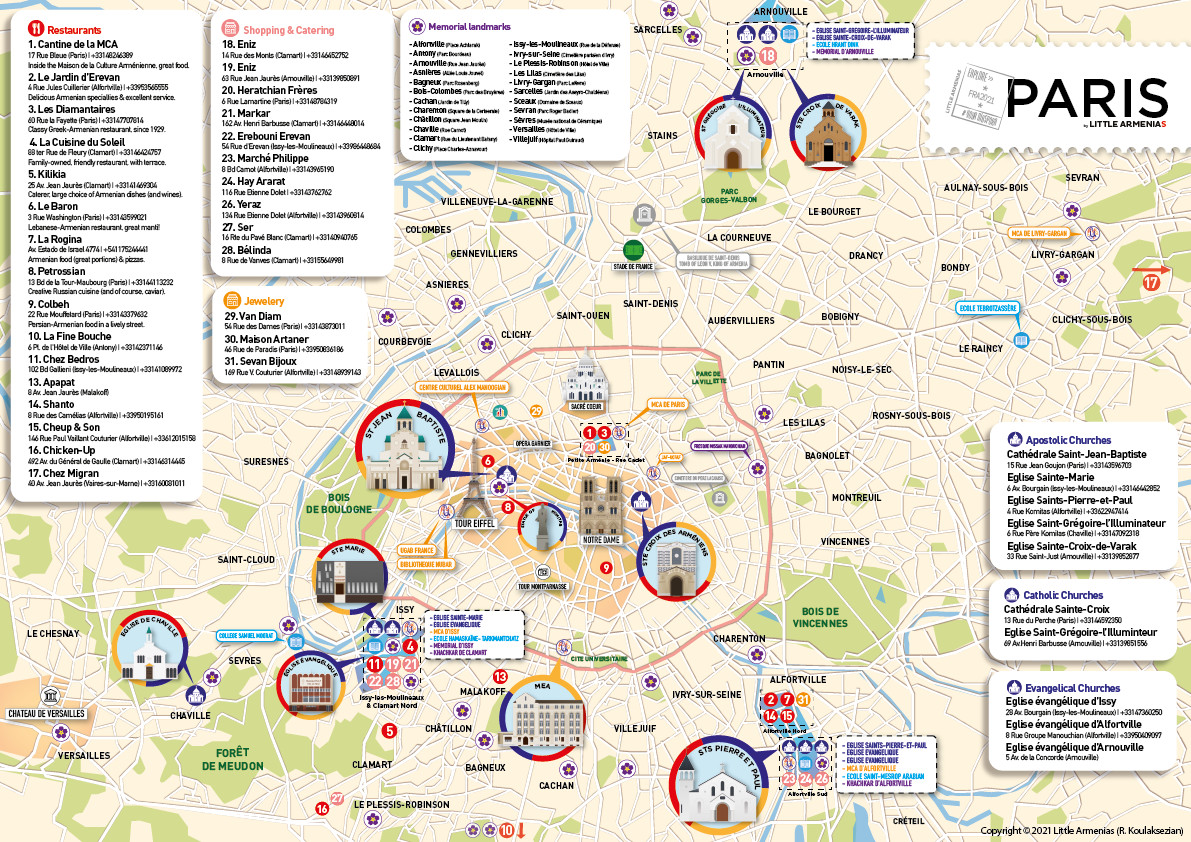 For centuries, writers, poets, singers, painters and other artists have fallen in love with Paris. Indeed, from the 12th century, the city became one of the first centers in Europe for education and the arts. The first organized Armenian community appeared in the 19th century, notably with the creation of the Union of Armenian Students in 1888, which was headquartered on Boulevard Saint-Germain. Several famous Armenians, such as Calouste Gulbenkian, Boghos Nubar Pasha and Alexander Mantashev were familiar with the French capital. The Armenian Cathedral of Saint John the Baptist, a stone's throw from the Champs-Élysées Avenue, was inaugurated in 1904.

It was with the arrival of the survivors of the Armenian genocide in the 1920s that Paris would become one of the main centers of the Armenian diaspora. In 1930s Paris, Cadet Street (in the Faubourg Montmartre neighborhood) was nicknamed “Little Armenia” for its many Armenian jewelry stores and shops. Certain neighboring municipalities such as Issy-les-Moulineaux, Alfortville and Arnouville, during the 20th century became important centers for the preservation of Armenian identity with new churches, schools and cultural centers.