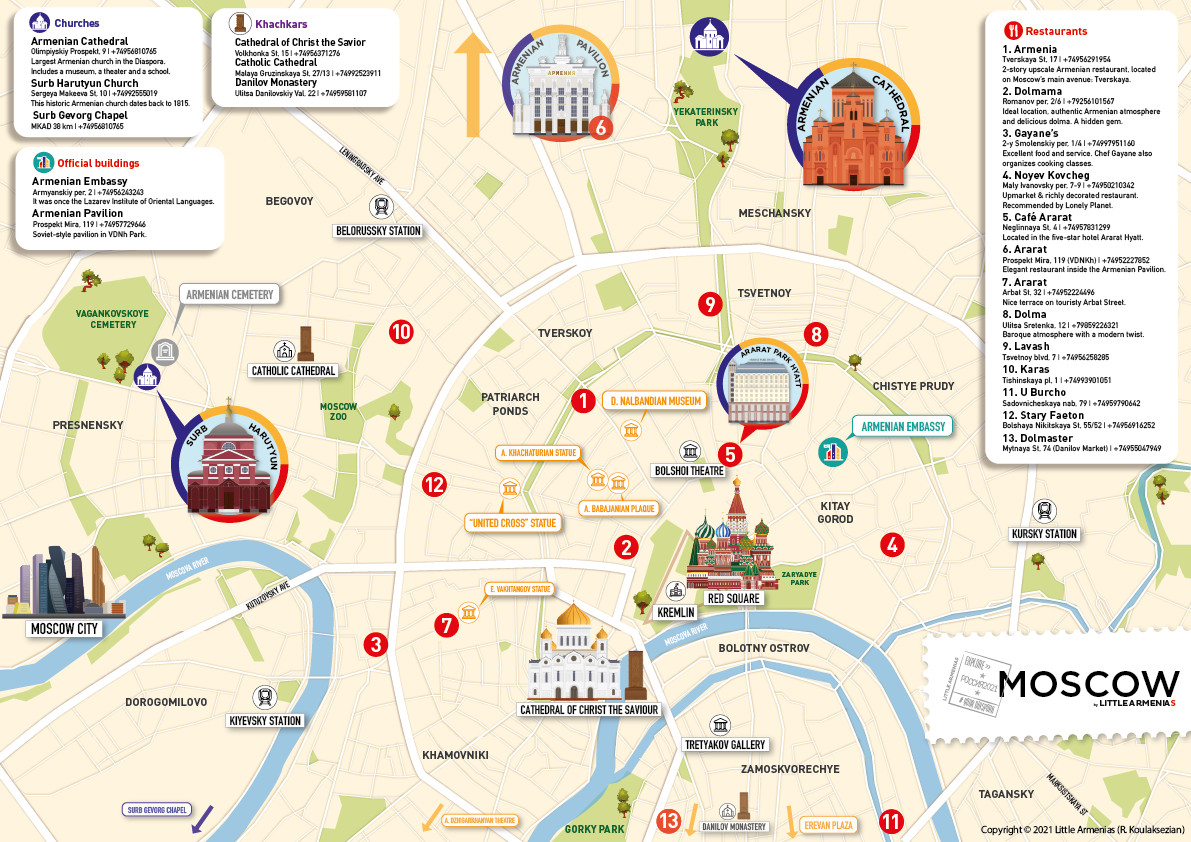 Russia’s capital from 1327 to 1712, and then again from 1917 onwards, Moscow is an intimidating city. It’s the most populous city in Europe and probably one of the few truly “global” cities, with 20 million inhabitants and a multitude of subcultures that coexist. It’s home to a thriving Armenian community of almost half a million people, as well as the largest Armenian church outside of Armenia. But beyond its history, its churches and its museums, Moscow is bursting with youth and creativity, as evidenced by dozens of edgy art galleries, exceptional restaurants and trendy cocktail bars.