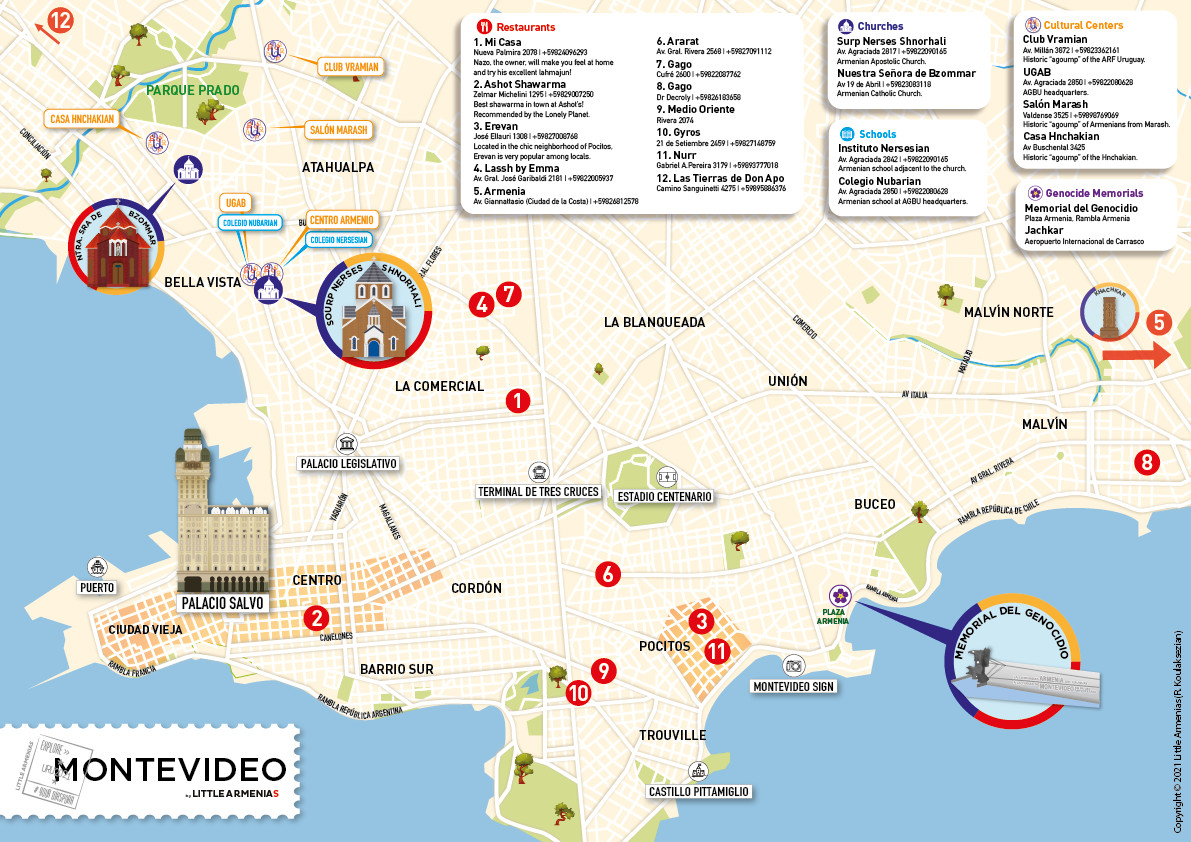 It is often considered the city in South America with the highest quality of life, as well as one of the safest. It is also one of the most expensive, and the resorts on the Uruguayan coast attract the jet-set from neighboring countries like Argentina and Brazil. Montevideo is a relatively easy and interesting city to visit, with many museums and a pleasant historic center.

Uruguay’s Armenian community – about 20,000 descendants of Armenian refugees from the 1920s and 1930s – may be on the small side, but it has certainly had an impact on the construction of the Uruguayan identity. Armenians have always been a respected and valued community in the Uruguayan capital. For instance, lahmajun (lehmeyun in Spanish) is a staple of the city’s culinary scene, and in 1965 Uruguay was the first country to recognize the 1915 Armenian massacre as a genocide.

Armenian khachkar (at the church)