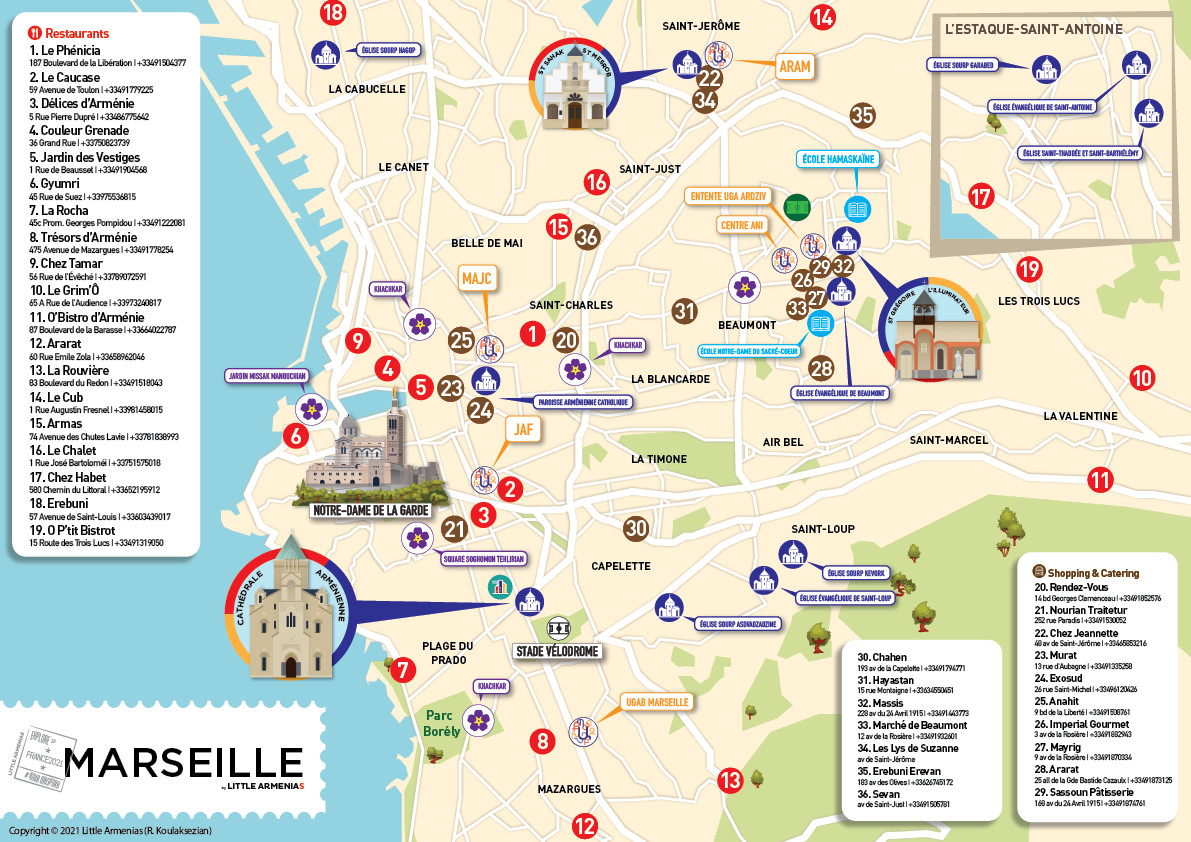 Since its foundation by the Greeks 2,600 years ago, Marseille has been a leading port on the Mediterranean coast. The city has been home to a community of Armenian merchants since the fifteenth century; in 1669, Jean-Baptiste Colbert created a free port for the Armenian colony in Marseille. Today’s Armenian community formed in the 1920s, when tens of thousands of Armenian refugees debarked in the port city. Some continued their journey by heading to Paris or Lyon, but many stayed on by the coast. More than anywhere else in the country, they made huge contributions to the city’s identity. It is considered that nearly 10% of the inhabitants of Marseille are of Armenian origin. Very early on, Armenian churches were consecrated in several neighborhoods. Today it is the city in Europe with the most Armenian churches, with eight Apostolic churches, three Evangelical churches and one Catholic church. The Hamaskaïne School is also the largest Armenian school in Europe.

City Walk around the Old Port