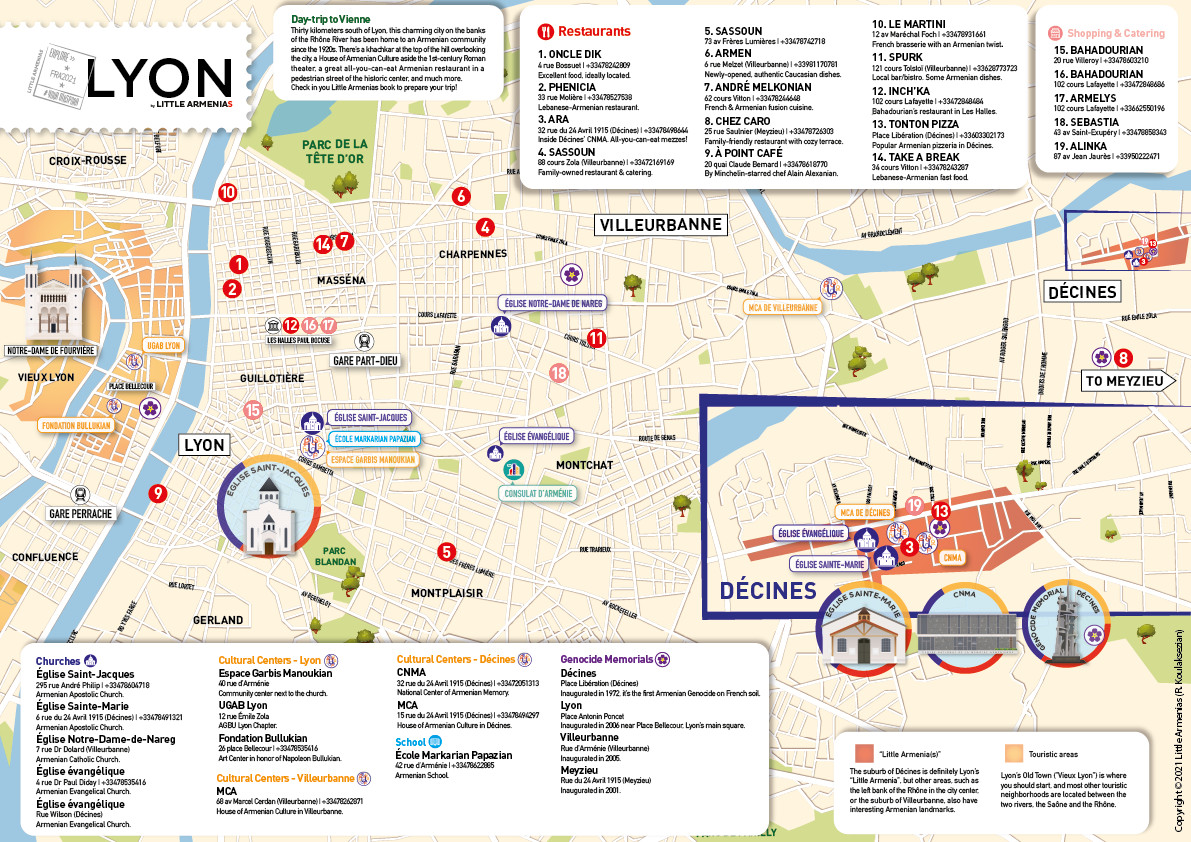 The third largest city in France prides itself on being the undoubted capital of French cuisine. Lyon’s metropolitan area is also considered to be the country’s third largest Armenian center after Paris and Marseille. In the center of Lyon, Armenian establishments center around the left bank of the Rhône. On Armenia Street, St. James Church (Saint-Jacques) was inaugurated in 1963. The Markarian-Papazian School, founded in 1988, is located on the same street. But you will have to go to the eastern suburbs of Lyon, more precisely in Décines, to discover Lyon's Little Armenia. Its Armenian church, St. Mary, dates from 1932, and the impressive National Center of Armenian Memory (CNMA) was inaugurated in 2003 in the same street.