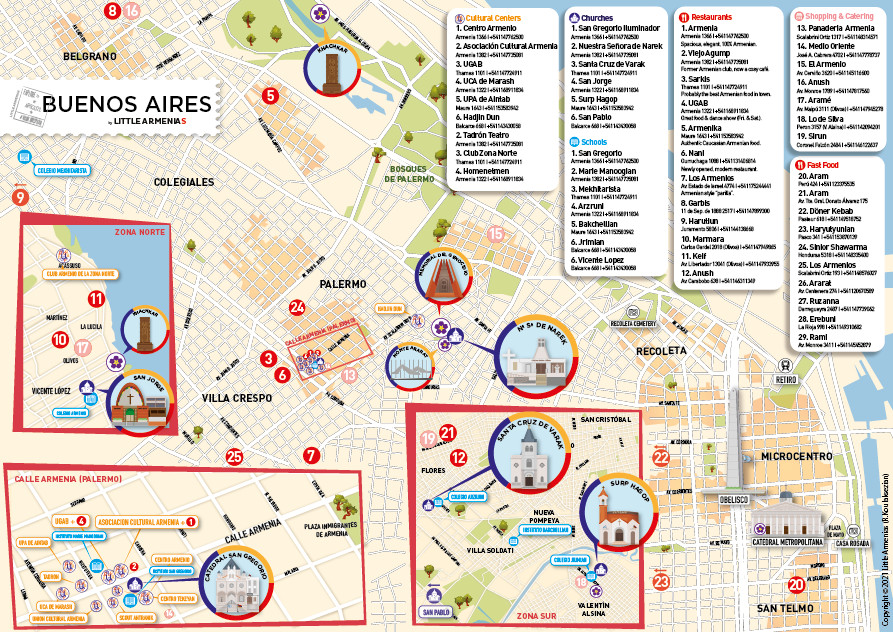 Long on the fringes of the Hispano-American world, Buenos Aires experienced its development from the beginning of the 19th century, after the Argentina's independence and the arrival of millions of Europeans, mainly from Italy, who built the city and developed its economy. Today it is considered the "most European city" in South America, and its architecture presents an interesting blend of Spanish colonial style with Haussmannian and neoclassical styles. It is also the South American city with the largest Armenian community: more than 100,000 people are of Armenian descent. The historic heart of Armenian Buenos Aires is undoubtedly Palermo, which was only an out-of-the-way residential area when the survivors of the genocide arrived, but which is today the trendiest area for going out in the evening. Our map lets you explore Calle Armenia (Armenia Street), the rest of Palermo, and all other Armenian landmarks in the Argentine capital.