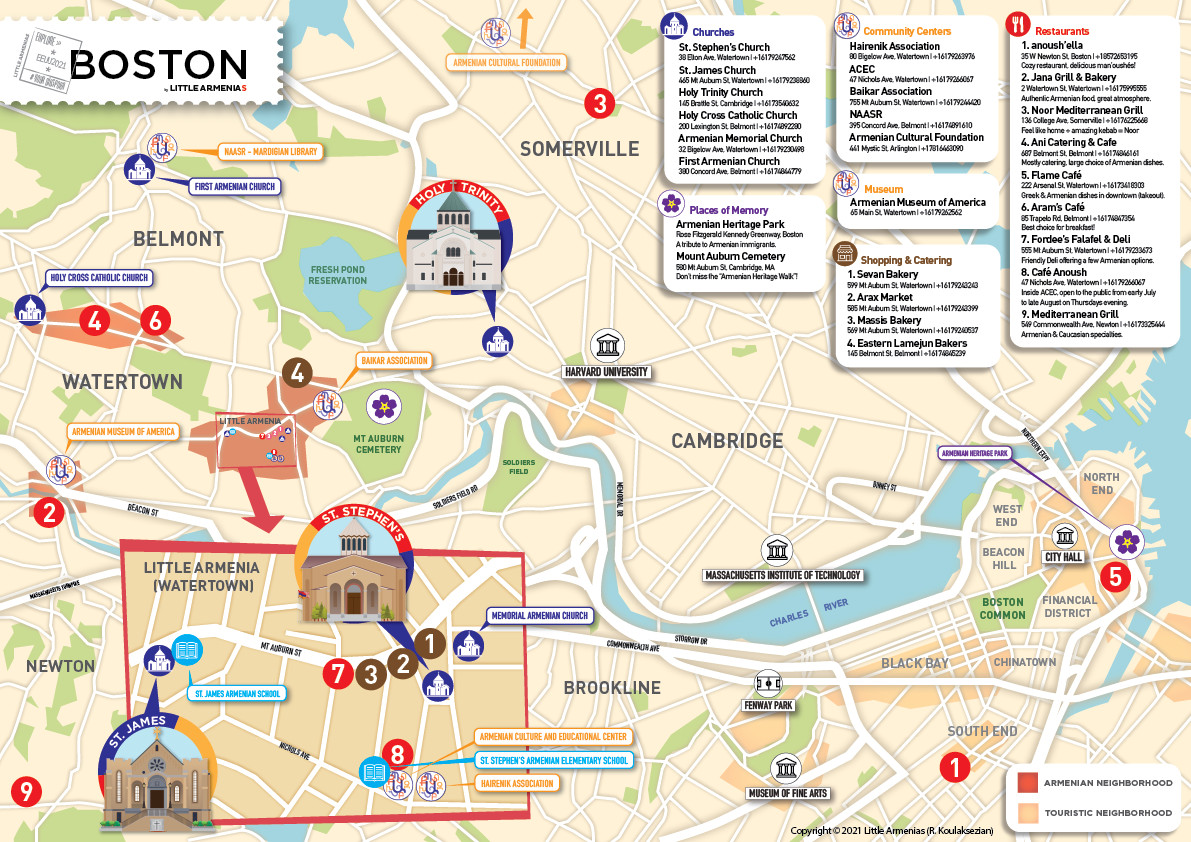 Boston is one of the oldest cities in the USA, and the visitor will notice that it is unlike other American cities. In the center, many buildings date from the 18th or even the 17th century, its streets are not straight, and it is quite easy to get around on foot or by bicycle. Despite this historic touch, Boston is today one of the most forward-looking and barrier-breaking cities in the country.

Massachusetts has the second largest Armenian population after California. Its first communities appeared in the second half of the nineteenth century in Worcester and other industrial cities, particularly those in the Boston urban area and Merrimack Valley. The “Little Armenia” of the Bay State is definitely Watertown, located about ten kilometers west of downtown Boston, but you will find other interesting landmarks in Belmont and Cambridge as well.