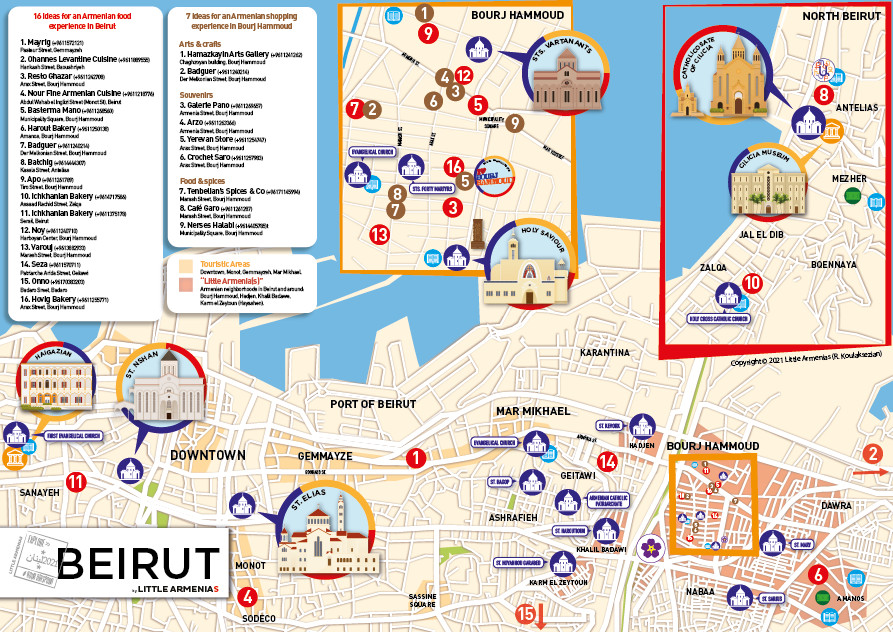 The city of Beirut experienced its golden age in the 1950s and 1960s. Presented as the Paris of the Middle East, it was at the time unanimously recognized as the cultural and artistic capital of the region. The civil war that started in 1975 lasted for fifteen years and deeply affected the city. The year 2020 will also have been terrible for Lebanon, with the pandemic, the explosion in the port of Beirut and the economic and political crisis. In 2021, it is slowly rising from its ashes and showcasing its many assets in an attempt to lure tourists back to the city. To this day, Beirut remains one of the world’s centers of the Armenian Diaspora. At least 70,000 people responded to the calls for demonstration on April 24, 2015, for the centenary of the Armenian Genocide.

Try a sujuk shawarma in the municipality square of Bourj Hammoud, visit the Cilicia Museum in Antélias, discover the Haigazian University near downtown, go shopping in the renowned Arax and Marash Streets, have a beer on Armenia Street: Beirut is yours!